Independent supermarkets operate over 3,000 pharmacies across the country. In many small towns and rural areas, the grocery store pharmacy is the only healthcare provider in the community. In recent years, two disturbing trends have been accelerating: Medicare Part D beneficiaries are paying higher out-of-pocket costs, and independent community pharmacies are closing. This is a direct result from pharmacies being assessed ever increasing direct and indirect remuneration (DIR) fees. These fees, often referred to as “rebates” or “price concessions”, are abused by Part D plan sponsors and pharmacy benefit managers (PBMs) to strategically recoup funds from pharmacies long after transactions have been completed.

DIR fees are unpredictable and seemingly unconnected to a pharmacy’s performance or other standards. According to recent Centers for Medicare & Medicaid Services (CMS) data, DIR fees grew by more than 91,500 percent between 2010 and 2019! Independent supermarket pharmacies have virtually no ability to absorb or budget for these unexpected costs. Even worse, because DIR fees are regularly applied to the price of a drug long after the point of sale, patients do not benefit and end up paying a larger share of the actual cost of the drug.

NGA and our pharmacy coalition partners are reaching out to members of Congress and asking them to cosponsor the legislation.

Additional Info & How to Take Action:

To take action and for additional resources, please click on the following links. 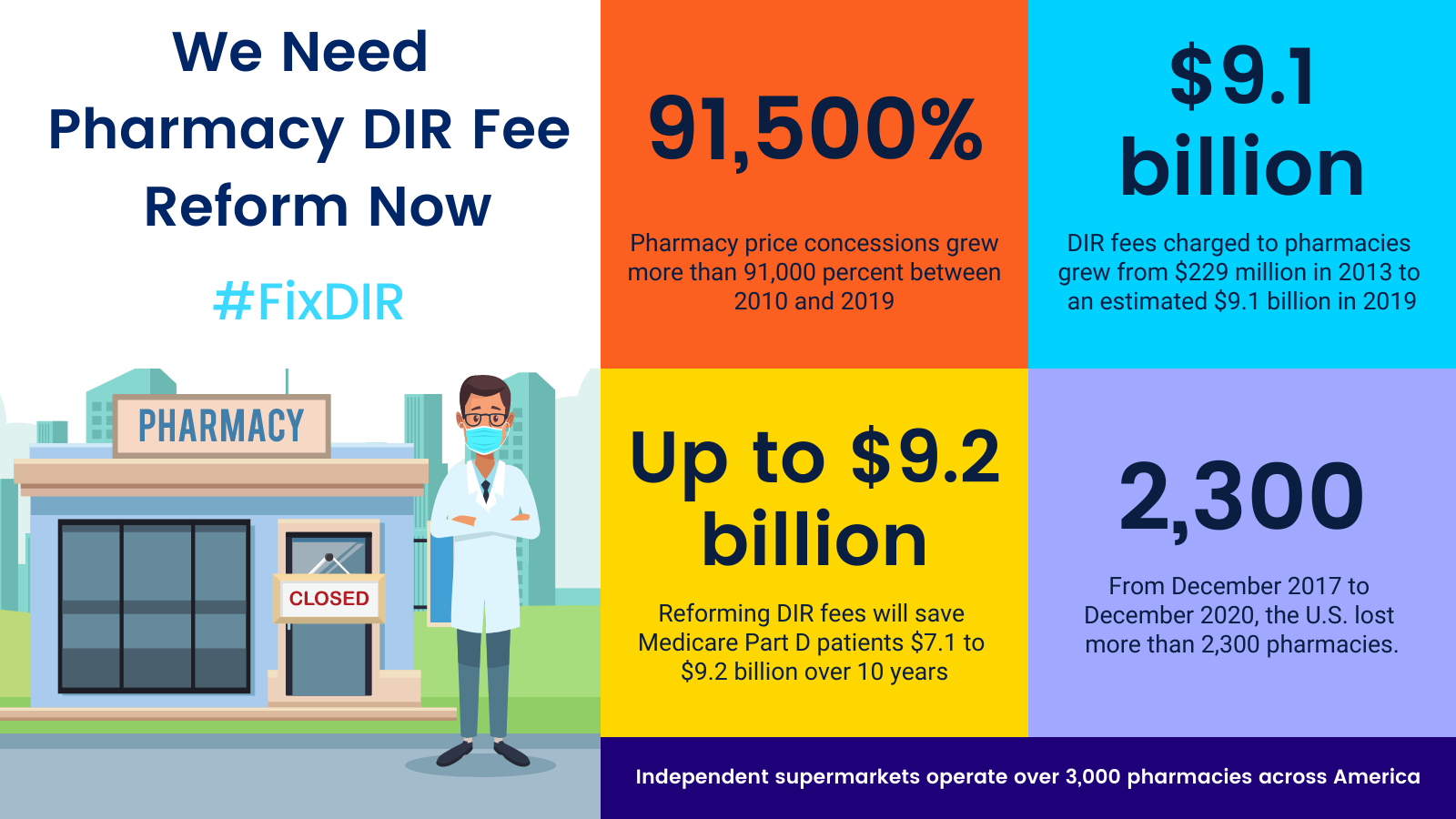 If you have any questions, or for more information, please contact Robert Yeakel at ryeakel@nationalgrocers.org.