Daisy Pimentel: A Grocery Leader Making a Difference in the South Bronx

Daisy Pimentel, co-owner and operator of two Fine Fare Supermarkets in the South Bronx with her husband Frank, has made it a priority to be involved with community members as much as possible and provide much needed services and programs.  So, when Daisy learned about nutrition incentives, she jumped at the opportunity. 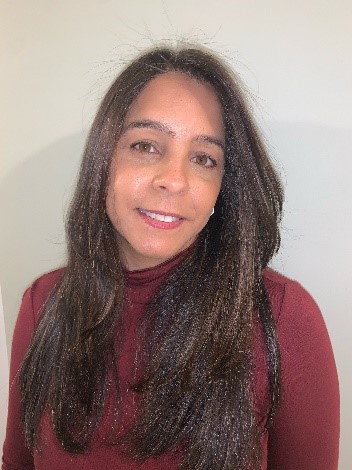 Fine Fare is part of the FRESH Program (Food Retail Expansion to Support Health Program), an incentive program designed to promote the development of fresh food stores in certain parts of New York City. Stores are established in food deserts and must section off at least 500 square feet for fresh fruits and vegetables. In return, stores receive a tax abatement that helps keep their stores up and running while offering necessary nutritious options to community members in high need areas. When the New York City Department of Health received USDA funds to partner with retailers and offer nutrition incentives, Fine Fare was selected as one of three stores to pilot the program, and the first in the Bronx to do so. 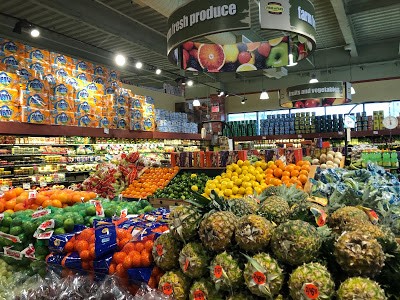 When the program, referred to as the “Get the Good Stuff Program,” was brought to Fine Fare a little over a year ago, but customers were hesitant to join. “They thought it was too good to be true” Pimentel says, but she made it her mission to use the trust she has established over the years with community members to get them signed up. Stationed at the front of the store for weeks, Pimentel signed up every EBT customer she could so that they could begin receiving incentives and feeding their families. Once enrolled, shoppers earn incentives on SNAP purchases of eligible fresh, frozen, canned and dried fruits, vegetables and beans without added sugar, salt or fat. The incentives are then loaded on a program loyalty card and can be spent on customers’ next purchase of eligible foods.

Once Pimentel signed up a sizable portion of customers, they almost immediately began to take advantage of the program and shopping behaviors changed notably. “Eating healthy is expensive,” Pimentel says. “Customers don’t want to take money out of their budget for expensive produce, but this has made it more possible.”

The program was not only positive for customers, but over time Fine Fare has noticed  increases in produce sales and store loyalty, with customers returning week after week to take advantage of the benefits. It has been so successful within their community that when folks leave the South Bronx, Pimentel says she receives phone calls “asking how they can get the program in new locations. They tell us they really miss this.”

Thanks to Pimentel’s efforts, Fine Fare continues to sign customers up and remains one of the top stores participating in the program. She has instilled such a passion for the program that her cashiers and employees have fully bought into it. “They’ll hold up the line just to sign up the next customer. They get very involved, help with the applications,”  Pimentel says. “Some of the employees even use it themselves. When they’re taking advantage, you know they love the program.”

Pimentel sees this program not only as important to the current generation of shoppers, but she also thinks it might change the eating habits for generations to come. “I made sure from a young age to choose the healthy options for my children,” she says. With this program, she has the chance to change how other families view nutrition. “Kids need to know that they don’t need unhealthy food,” she says. “It’s all what you teach kids.”

Fine Fare serves as a nutrition incentive success story to interested stores and communities across the nation, and much of this success can be attributed to the work of Daisy Pimentel. She proves that with a commitment to one’s community and a focus on health, grocers can change lives for the better.

Pimentel is the kind of leader we are looking for as nominees for the Woman of the Year Award. Each year, the Women Grocers of America (WGA) presents its Woman of the Year Award to an individual who exemplifies the characteristics of a leader with passion for the independent grocery industry. Affiliated with the NGA Foundation, WGA presents the award at the annual NGA Show. If you would like to submit a nomination for Woman of the Year, you may cast your vote here anytime through May 28, 2021.

Also, to learn more about nutrition incentives and how you can bring them to your customers, visit the NGAF TA Center website and/or email the TA Center team at incentives@nationalgrocers.org.

*The NGAF TA Center addresses the challenges grocers and supermarket operators face in establishing nutrition incentive programs and is a proud partner of the Nutrition Incentive Hub. The Nutrition Incentive Hub, funded through a cooperative agreement from the United States Department of Agriculture, National Institute of Food and Agriculture, is a new resource that provides training, technical assistance, reporting, and evaluation for those working to launch or expand SNAP incentives or produce prescription programs. The Nutrition Incentive Hub is led by Gretchen Swanson Center for Nutrition in partnership with Fair Food Network along with a coalition of evaluators, researchers, practitioners, and grocery and farmers market experts from across the country dedicated to strengthening and uniting the best thinking in the field to increase access to affordable, healthy food to those who need it most.