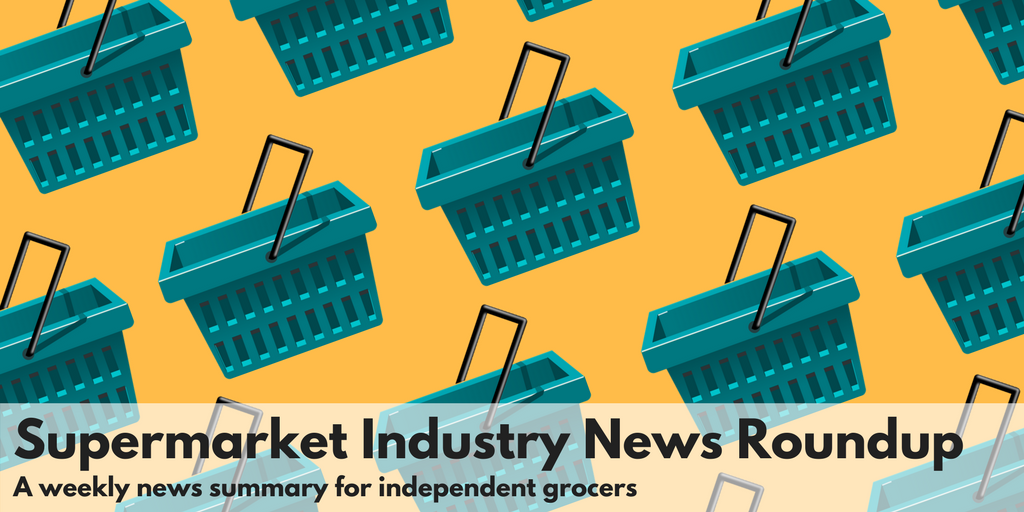 Fees for Using Credit Cards are out of Control and Need Reform
When it comes to taking a bite out of consumers and small merchants, the big banks are a lot like “The Walking Dead.” They just keep coming. Every time you use a credit card, your bank swipes a fee of as much as $4 right off the top of a $100 pair of shoes or a nice dinner for two. Learn more via Washington Examiner.

A Grocery Store’s Average Annual Turnover Cost is $67K, Says Consultant
Grocers have long struggled with high turnover of their part-time workers. Fueled by low wages, low company loyalty and the lure of better opportunities, the turnover rate for these employees is currently 48.9%, according to the 2017 Independent Grocers Financial Survey. Learn more via Food DIVE.

Rouses Breaks Ground for 2 New Stores
Rouses Supermarkets last week held groundbreaking ceremonies for two new stores to be build in Calcasieu Parish in Southwestern Louisiana. The units in Sulphur and Moss Bluff, La., near Lake Charles, would be the Westernmost stores to be operated by Thibodaux, La.-based Rouses, whose stores are mainly located along the I-10 corridor from Lafayette, La., east to Mobile, Ala. Learn more via Supermarket News.

Study: Dissatisfaction with Online Grocery Shopping Increasing
While other retail sectors have undergone major disruption from Amazon and other online providers, grocery has been mostly insulated from the trend due to one very simple reason: People want to select their own food. Learn more via Food DIVE.

Grocery and the Need for Speed
The future of grocery belongs to the fast. That’s arguably the biggest takeaway from Xcelerate Retail 2017, a technology conference held by Symphony Retail Solutions, a division of Symphony Technology Group, which took place Sept. 12-14 in Las Vegas. Learn more via Progressive Grocer.

How Grocery Stores Can Appeal to Shoppers in Training
As consumers demand more elaborate grocery experiences, retailers are going out of their way to cater to their youngest critics. Tactics range from classics like free fruit, cookies and stickers to flashier perks like in-store cooking classes and car-shaped grocery carts — all provided in the hopes that these amenities will convince parents to return with their children. Learn more via Food DIVE.

Retailers Tackle Produce Packaging
Perhaps nowhere in the supermarket does visual appearance matter more than in the produce department, where the rainbows of color convey a store’s commitment to freshness and invite shoppers to browse. Merchandising the department is an art that many supermarket operators have long cultivated in order to pique shopper interest and differentiate themselves from competitors. Learn more via Supermarket News.