From rising costs and continued supply chain disruptions to the anticompetitive tactics of power buyers, independent grocers are currently facing a variety of challenges that impact their day-to-day operations and how they serve their communities. With this in mind, NGA worked with Congressional offices and NGA member companies to set up store tours throughout the month of August while members of the House and Senate were home for the scheduled district work weeks. Thanks to the overwhelming response from our members, we were able to hold a record number of store tours this August!

What is a Congressional Store Tour?

With so many public policy issues decided at the federal level impacting independent grocers, NGA members frequently host Members of Congress. An in-person store tour of a retail store or distribution center provides a firsthand look at how grocery operates and how federal issues have a very real impact on day-to-day operations. 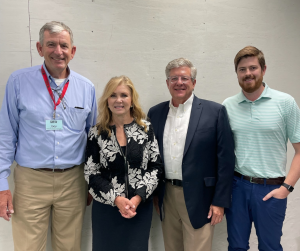 Store Tours Have a Positive Impact

While NGA works in Washington D.C. each day to communicate the needs of independent community grocers to lawmakers on Capitol Hill, nothing beats a face-to-face meeting. During these meetings, grocers can discuss specific issues that are impacting their business, while providing examples of how federal policies impact their operations. An example of this is economic discrimination at the hands of power buyers, an issue NGA and our members have been working on tirelessly over the past year as we encourage lawmakers and the FTC to take action to help independent grocers. In August, Senator. Marsha Blackburn (R-TN) visited Food Rite in Somerville, Tennessee; Sen. Blackburn, a member of the Senate Subcommittee on Policy, Antitrust and Consumer Rights, discussed the importance of enforcing antitrust laws to protect independent grocers. 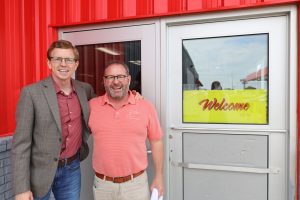 Rep. Dusty Johnson (SD) with RF Buche at Buche Food Stores in South Dakota; Buche Testified Before a House Committee during a Roundtable Titled, “Ending Hunger in America: Food Insecurity in Rural America” About How a Lack of Antitrust Enforcement is Hurting Independent Grocers 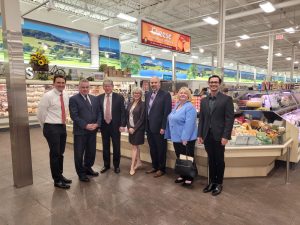 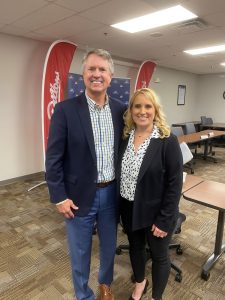 For more than a decade, two major card networks have set interchange fees that merchants pay to issuers of the credit and debit cards which Americans transact. These two card networks institute fee changes that almost always lead to an increase in merchants’ costs – U.S. merchants pay the highest swipe fees in the industrialized world. Independent grocers suffer greatly from these “swipe fees,” which is why the topic came up frequently during the August congressional store tours. 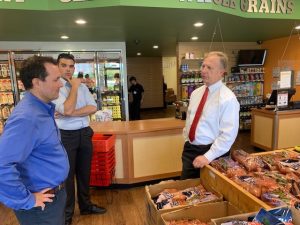 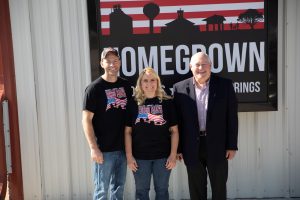 Independent grocers also implored Members of Congress to help rein in dominant food retailers’ anti-competitive tactics with investigations and enforcement. Economic discrimination hurts small businesses like independent grocers that are no longer able to compete in a free and fair marketplace – this hurts not just the stores but the mostly inner-city and rural communities they serve. During the August store tours, NGA members provided their representatives and senators with real world examples of how economic discrimination is hurting their business and customers. 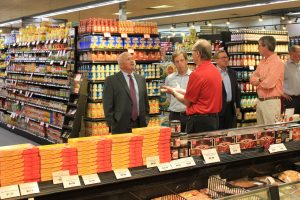 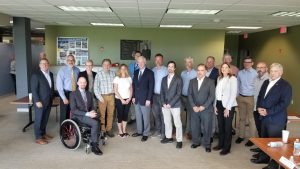 How Can you Schedule a Store Tour?

With the general election coming up in November, there will be many opportunities to connect with your Member of Congress. Scheduling a store tour is easy – all you need to do is fill out this form and NGA’s Government Relations team will handle the rest. If you have any questions, please contact gr@nationalgrocers.org