NGA Members Hold Over 100 Meetings with Members of Congress;

NGA and its members have been engaged in a comprehensive campaign to end economic discrimination in the grocery industry over the last several years as the COVID-19 pandemic worsened conditions faced by America’s independent, community grocers at the hands of dominant food retailers.

However, these actions have been going on for a long time, as these giants rig the rules in their favor, forcing independent grocers to pay higher prices for fewer product offerings – this leads to higher wholesale prices and less access to critical goods such as paper products, cleaning supplies, and other grocery staples.

Independent grocers no longer compete in a free and fair marketplace – and communities across the country are negatively impacted by this. These communities tend to be inner-city and rural. Consumers in these areas must pay higher prices, for fewer choices, and can’t access key products in high-demand scenarios like the COVID-19 pandemic.

Antitrust enforcement is broken: the antitrust laws that prohibit exclusionary conduct and price discrimination have not been enforced by regulators in a generation, making it impossible for aggrieved private parties to bring cases to court because the burden of proof is all but impossible to overcome. Dominant firms use their size and influence to tilt the playing field in their favor.

That is why independent grocers traveled to Washington D.C. last month for NGA’s Fly-In for Fair Competition, holding over 100 meetings with Members of Congress to discuss the importance of enforcing the Robinson-Patman Act – a law enacted in 1936 that protects small businesses from economic discrimination – and ending the dominance of certain food retailers. 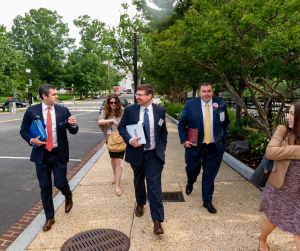 The two-day event began with the NGA Government Relations Committee meeting, during which members discussed issues that needed to be addressed to benefit independent grocers. 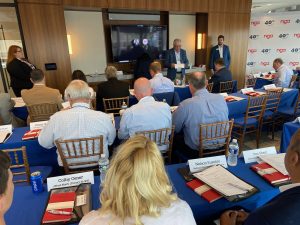 Newly confirmed FTC Commissioner Alvaro Bedoya joined the committee to discuss FTC’s antitrust laws and heard from grocers about how the lack of such enforcement hurts their businesses and the communities they serve. 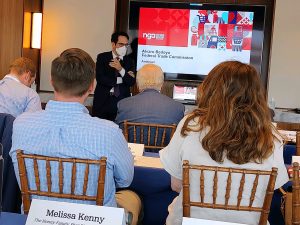 Day two kicked off with attendees hearing from antitrust reform champion U.S. Sen. Amy Klobuchar (D-MN) during a breakfast session. Klobuchar discussed the importance of enforcing antitrust laws and what she is doing on Capitol Hill to advocate for independent grocers. 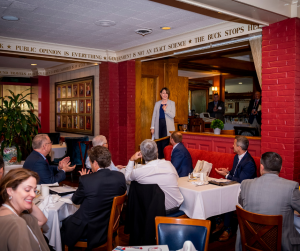 After breakfast, grocers made their way to the halls of Congress, making their voices heard in over 100 meetings with numerous lawmakers, including Senate Minority Leader Mitch McConnell (R-KY). 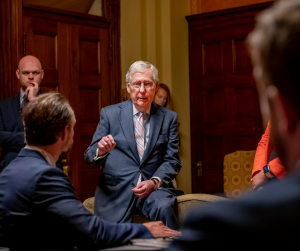 We ask NGA members to consider scheduling a store tour to help maintain the momentum gained during the Fly-In for Fair Competition – this is one of the most powerful ways to cultivate champions in Congress that will advocate for you. Fortunately, lawmakers will be home for the entire month of August, a great chance to offer them with a firsthand look at how federal policies impact your operations. To schedule a store tour, all you need to do is fill out this form to get started and NGA’s Government Relations team will handle the rest.

NGA members’ next chance to visit Washington D.C., and meet with federal representatives, will occur over two days from October 24-26 during the Executive Conference & Public Policy Summit, an event designed for c-suite executives and their leadership teams to gain a competitive advantage in the marketplace.