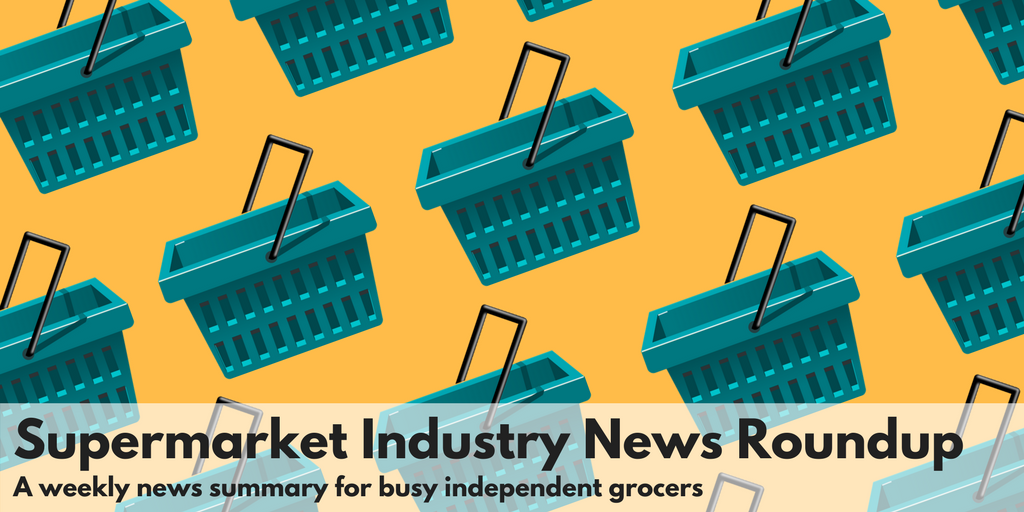 SNAC Int’l to Be NGA Show Pavilion Partner
SNAC International will be a pavilion partner for the first time at the 2018 NGA Show, scheduled for Feb. 11-14 at the Mirage Hotel and Casino, in Las Vegas. The 600-square-foot pavilion on the expo floor will feature manufacturers of a wide range of snacks, from classic fare to healthier options, and will include potato chips, tortilla chips, puffed snacks, pretzels, popcorn, meat and fruit snacks, and snack nuts and crackers, made from such ingredients as potatoes, corn, pulses (chickpeas, lentils), vegetables, and ancient grains. Learn more via Progressive Grocer.

For Third Straight Year, Buehler’s Bagger Is Ohio’s Best
Ellissa Chambliss of Buehler’s Fresh Foods defeated competitors from across the state to claim the title of the Ohio Grocers Association (OGA) Best Bagger Champion. The competition was held in Columbus on Aug. 8. Learn more via The Shelby Report.

Details Enhance Experience at Lowes Foods
Every morning, the team that runs Lowes Foods in Simpsonville, S.C., huddles for 15 minutes to discuss how the previous day went and how they’re going to deliver another exciting shopping experience to their guests. Learn more via Progressive Grocer.

IGA USA has joined forces with Partnership for Drug-Free Kids to introduce the inaugural IGA Cares initiative. Through in-store fundraising activities, including an in-store pinup campaign due to start midmonth and run through October, and the sales of specially marked IGA Exclusive Brand products until December, the initiative will support the nonprofit partnership’s mission to support families dealing with a child’s substance use.

Learn more via Progressive Grocer.
Is an urban revival a sign of hope for indie grocers?

While mom-and-pop grocery stores nationwide have faced tremendous difficulties, Washington, D.C. appears to be bucking the trend. At least six independent grocers have opened throughout Washington D.C. in the last two years with more to come, leading The Washington Post to bill the phenomenon as a “resurgence of the small neighborhood grocery store.”

Learn more via RetailWire.
Grocery Stores Draw Millennials With In-Store Restaurants
Imagine going to the grocery store for dinner, not to pick up a rotisserie chicken to take home, but to actually eat at the store. As online grocery shopping grows, many supermarkets are adding sit-down restaurants in a move to attract more millennials. And it seems to be working.

The politics of food: Are regulation, transparency and consumer trust on a collision course?

President Trump and his administration have been in office for more than six months, and clear patterns are emerging that can help any industry sector — especially food and agriculture — form a viable regulatory strategy for the next few years. Learn more via Food DIVE.