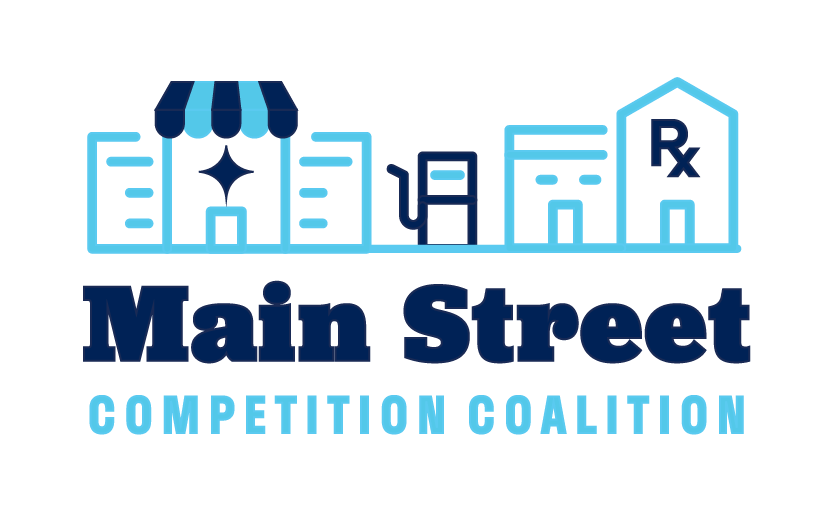 In a letter to commissioners, business groups implore FTC to enforce the Robinson-Patman Act and ensure a level playing field for independents

WASHINGTON, D.C. — Anti-competitive tactics by dominant firms are not just a problem in the tech industry. That’s why today, the National Grocers Association (NGA) joined with other independent businesses to form the Main Street Competition Coalition, a group representing business owners from across markets who have been harmed by unfair exercises of market power.

The Main Street Competition Coalition was created to encourage enforcement of the Robinson-Patman Act against anticompetitive tactics by dominant firms across industries. The offenses include price discrimination, channel discrimination and unfair prioritization in shortage scenarios, all of which have been exacerbated during the coronavirus pandemic. These predatory practices discourage competition and harm businesses from farmers to pharmacies — who are already facing shortages throughout the supply chain — and the customers who rely on them.

Eight members of the coalition also sent a letter today to the Federal Trade Commission (FTC) urging action in response to rampant economic discrimination throughout the economy. The business groups specifically suggest updating and enforcing the Robinson-Patman Act to create an even playing field for all businesses.

“The problems that flow from economic discrimination have been laid bare during the COVID-19 pandemic. Throughout the crisis, dominant companies have received preferential treatment in supply shortage scenarios, meaning they get access to critical goods and services that smaller firms do not. These shortages occur in the first place because concentration creates a lack of supply chain redundancy and resiliency. As the pandemic illustrated, capacity cannot easily increase in concentrated markets, so when one firm experiences a shock, everyone suffers. These problems too are unequally distributed across the economy and tend to impact lower income consumers to a much greater extent than higher income consumers,” the group writes.

The letter lays out the specific steps the FTC should take to reestablish a competitive marketplace:

For more information on the Main Street Competition Coalition, visit its new website.

Read the full letter here and below.

The undersigned organizations write to seek your leadership in addressing the anticompetitive effects of economic discrimination.  In recent decades, we have witnessed a handful of companies amass incredible power and influence at the expense of small and medium sized businesses and ultimately consumers.  We urge the FTC to use its authority to investigate and bring enforcement actions against conduct that violates the Robinson-Patman Act.

Small and medium-sized businesses are an essential source of competition in increasingly concentrated markets.  They compete on price, quality, service and convenience, and often serves as anchors to local communities.  Economic discrimination reduces or eliminates that competition.  Today, dominant companies wield unprecedented economic power—too often with little or no antitrust oversight or enforcement.  As a result of unprecedented levels of concentration, small and medium-sized businesses are increasingly subject to discriminatory terms and conditions, including less favorable pricing and price terms, less favorable supply, less favorable retail packaging, and sometimes an inability to access products in short supply that are available to their competitors.

Farmers and ranchers also suffer from high levels of concentration in the food supply chain. Concentration at the retail and supplier level has advanced to the point where just a handful of firms compete to buy agriculture products. A lack of competition at the farmgate results in unreasonable producer demands and it drives down the prices paid to farmers and ranchers to anticompetitive lows. But consumers do not see the advantages of those low acquisition costs because the large suppliers capture that revenue and price discrimination among retailers reduces price competition in the retail market.

Some large suppliers attempt to argue that consumers are better off with the current system of price discrimination, but that argument cannot hold.  For example, food and beverage distributors justify quantity discounts by contending that certain larger retailers occupy a different class or level of trade than their smaller competitors.  These lower prices, however, are not the result of cost savings or other efficiencies that would make them functional discounts. Likewise, independent non-chain pharmacies pay a higher net price for drugs than vertically integrated mail order or retail pharmacies who benefit from spread pricing and formulary rebate offsets.  Economic discrimination should not be excused as an exercise of efficiency when small and medium-sized businesses take advantage of the same economies of scale as their largest rivals through coops, group buying, or other mechanisms. And, these arguments miss not only that the large businesses that are able to acquire goods at lower prices face less competition, and therefore have the ability to build-in larger margins than they otherwise would, but also that many consumers live in localities where their only shopping options are smaller businesses that must pay higher prices for goods.  These consumers, typically located in rural areas and inner cities, are most often lower income and bear the brunt of the price disadvantages that price discrimination imposes.

The problems that flow from economic discrimination have been laid bare during the COVID-19 pandemic.  Throughout the crisis, dominant companies have received preferential treatment in supply shortage scenarios, meaning they get access to critical goods and services that smaller firms do not. These shortages occur in the first place because concentration creates a lack of supply chain redundancy and resiliency. As the pandemic illustrated, capacity cannot easily increase in concentrated markets, so when one firm experiences a shock, everyone suffers. These problems too are unequally distributed across the economy and tend to impact lower income consumers to a much greater extent than higher income consumers.

This outcome was not inevitable.  The antitrust laws were designed to protect against anticompetitive economic discrimination.  Congress recognized the benefits of independent business and the threats posed by economic discrimination when it enacted the Robinson-Patman Act, a law designed to foster robust competition but to protect against coercion by dominant firms.  Among other things, the statute makes it unlawful to “discriminate in price between different purchasers of commodities of like grade and quantity” if the purchasers are competitors.

The Robinson-Patman Act reflects Congress’s determination that discriminatory treatment among competitors is pernicious and should be prohibited.  But current enforcement efforts have failed to address these anticompetitive harms, and judges have inappropriately limited the scope of the law despite clear statutory language.  Despite Congress’s broad goals in 1936, the FTC has not brought a case under the Robinson-Patman Act in more than 20 years.  Nor has the FTC brought an enforcement action against economic discrimination using the other antitrust laws.

We urge the Commission to use the Robinson-Patman Act and its other authority under the antitrust laws to hold businesses accountable. The FTC must shine a light on this important issue and to consider timely measures to restore and protect a functioning competitive marketplace.  Specifically, we propose:

We recognize that America is facing an unprecedented emergency, and there are many urgent needs that the FTC is focused on.  As the Commission tackles competing priorities, it is essential that it does not overlook anticompetitive economic discrimination.