The Affordable Care Act (ACA) imposes complex challenges for supermarkets to provide health care coverage that meets employees’ needs while continuing to operate a business. Regulations implementing the ACA and any related legislation amending the law must provide flexibility and minimize new burdens to allow retailers and wholesalers to continue providing health coverage that is affordable to both the employee and the employer. NGA is committed to providing guidance to its member companies while also working with the Administration and Congress to mitigate the impact on employers.

NGA pharmacy members have been frustrated by DIR fees, which pharmacy benefit managers (PBMs) misuse to strategically recoup funds from pharmacies long after transactions have been completed. Under the current system, PBMs – the middlemen hired by plan sponsors to administer prescription drug benefits – often claw back fees from pharmacies retroactively, weeks or even months after prescriptions are filled. These fees, called direct and indirect remuneration (DIR), are unpredictable and seemingly unconnected to a pharmacy’s performance and other standards.

According to the federal government, pharmacy DIR fees have grown by more than 45,000 percent between 2010 and 2017. The independent supermarket industry operates on razor thin profit margins and NGA member pharmacies have virtually no ability to absorb these unexpected costs. Therefore, they are forced to either pass those costs on to consumers in the form of higher prices, or worse, discontinue offering pharmacy services altogether at certain locations. NGA continues to work with stakeholders and the federal government to not only prohibit the retroactive nature of DIR Fees, but to end unequitable practices that hurt community and independent pharmacies and increase prescription costs for all Americans. 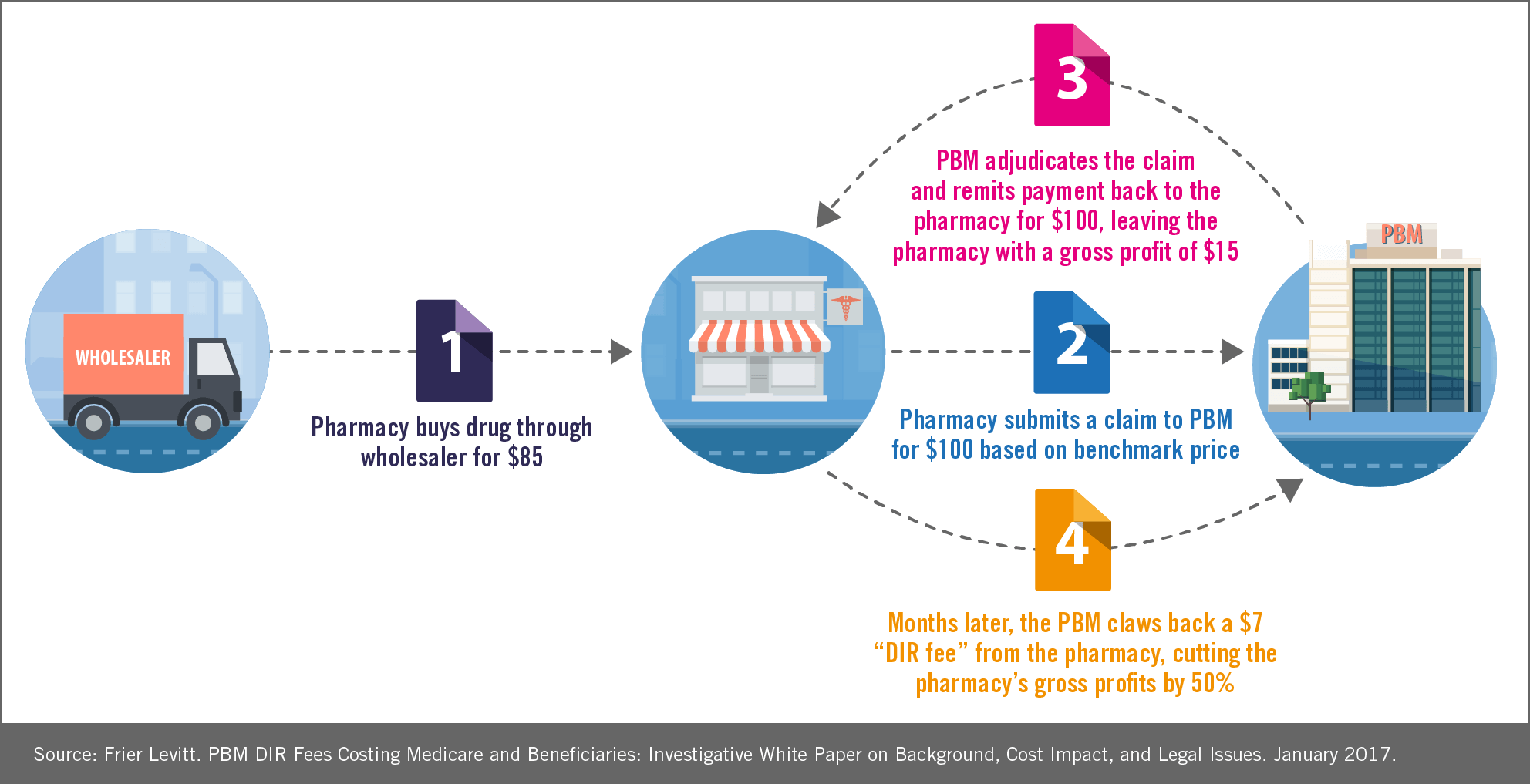