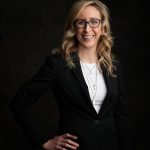 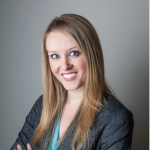 Kristin Popp, Executive Vice President of Woodman’s Food Market, Inc., is responsible for oversight of operations of the company’s 19 stores located throughout WI and northern IL.  Prior to her EVP position at the WI based grocer, Kristin held position of HR Director where she become heavily involved in operations, allowing her to advance her career to her current position.

Kristin is a 6 year member of the Women Grocery of America (WGA) Board of Directors, previously serving as the vice president of Programs and currently as President of the organization.  Kristin is passionate about helping to advance women in their current roles as well as develop talent to continue their careers through educational opportunities as well as opportunities to create connections across the industry, at all levels, while discussing today’s relevant topics.  Working to strengthen the WHY and intentions of the WGA, the group is creating value, alignment and accountability for ourselves and for membership.

In her free time, Kristin enjoys running, reading and traveling with her family, as well as supporting her three daughters in their adventures and helping coach various teams they are a part of. 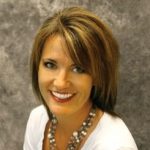 Heidi Huff, IGA’s vice president of business partnerships, is responsible for creating strategic relationships between consumer product manufacturer brands, technology and service companies, and IGA corporate in ultimate service to the IGA retailers and their shoppers.

Heidi is a six year member of WGA Board of Directors, currently serving as vice president of membership, and a member of the NGA Foundation Board of Regents. She has held several marketing and branding management positions throughout her career, including roles as director of marketing for IGA and senior director of Red Oval Partnerships. Prior to IGA, she served as the operations manager for Building Leaders, Inc. and on the sales and development team at Corner Bakery Café.

In her free time, Heidi enjoys spending time with her family, which these days is often spent at the softball field cheering on her daughter, who plays for the Northwestern University Wildcats.

Stephanie joined Shelby in January of 2014, but has spent 30 years in business to business trade media, and more than 27 years in the vertical supermarket channel working for such titles as Supermarket News, Grocery Headquarters and Food People.

Stephanie earned her Bachelor of Science in Journalism from Kennesaw State University in 1990, but primarily works on the business side of publishing involving marketing, advertising and industry relations.

In her current role at Shelby, Stephanie travels the country engaging with retailers, wholesalers and suppliers regarding editorial content and integrated trade communication strategies.   She also creates and maintains alliances with our industry’s largest trade associations and holds a seat on the Board of Directors for the Women Grocers of America. 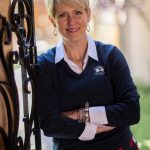 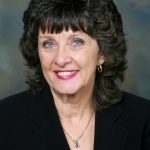 Ms. Mottese joined the Wakefern Food Corporation in March of 2000. She is an executive for a $16 billion enterprise.

Lorelei is responsible for executing a comprehensive legislative policy program that includes the management and oversight of federal, state and administrative lobbying and grassroots advocacy. She is the principal lobbyist in DC and is also registered in NJ and MD.

During her tenure at Wakefern, she has led major legislative campaigns, formed a federal PAC, and developed a leading food industry government relations division. Under her leadership, an internal web based legislative grassroots outreach program was developed and implemented which has sent thousands of messages to legislators. She has also led and implemented various consumer grassroots initiatives. She develops and executes political contribution strategies and budgets.

Lorelei has chaired and is Board member for multiple state and federal organizations. Prior to joining the Wakefern team, Ms. Mottese was involved in government as a councilwoman, mayor, lobbyist, and an Urban Enterprise Zone Director for a large municipality. As a lobbyist, she secured the UEZ Designations for 5 NJ municipalities in 1996. Her knowledge and experience in government at the local, county, state, and federal levels proves her to be an invaluable asset to her corporation.

Lorelei received a Bachelor of Science Degree from William Paterson University and a Master in Administrative Science from Fairleigh Dickinson University. 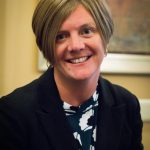 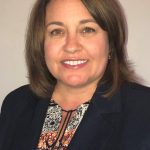 Shellie serves as the Vice President of Sales for the Independent grocery channel at KeHE Distributors, one of the top natural, organic, and fresh distributors in North America.  She is a 30 year industry veteran holding various leadership positions in retail, store operations, private label, sales & category management.  In her current role, Shellie is responsible to deliver a profitable sales growth through a strategic plan and vision that supports KeHE’s mission and values. She has a passion for this business and believes we have a responsibility to develop, mentor, and attract new talent to support the industry’s next generation leaders.  Shellie is an advocate for women and supports student programs serving as a mentor at Concordia St. Paul where she also attended college, as well as other universities that KeHE actively supports through their LPA program.  She is humbled to work for a purpose driven company that’s culture is one of inclusion, supports women in our industry through Women Empowered, and gives back to the communities in which they serve. 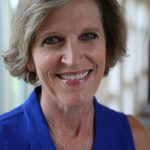 Cindy started her career as a retail sales representative for Nestle Foods, where she moved into positions of increasing responsibility before joining The Minute Maid Company. While at Minute Maid, she became one of the first grocery industry vendor category managers when the concept of category management was developed in the 1990’s.

After a successful thirty-five-year career in the grocery industry, Cindy became the founder of The Grocery Group.  The mission of The Grocery Group is to develop leadership in purpose, people, and products in the grocery industry.  The group works with grocers, wholesalers, industry associations, food startups and universities to accomplish this goal.

In 2017, Cindy was recognized as the WGA “Woman of the Year” and in 2016 she was recognized as one of the top women in grocery by Progressive Grocer magazine.  She is the dairy columnist for Abasto magazine.  She has been a contributor to many grocery industry trade publications. She is also a Willard (Bill) Bishop “Brick Meets Click” Black Belt contributing her opinion and feedback on various industry issues.